Why is Meditation good? 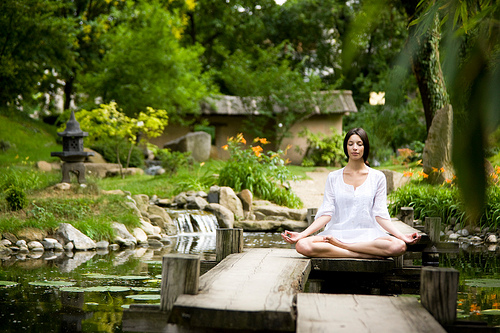 About Vital Self Meditation

Meditation means Dhyana in the language of the Vedas. In the West, Dhyana knows many forms, although silent, transcending meditation,  Dhyana  in substance is always the same, if they follow the same principles. So is the  Vital  Self  Meditation, offered today, for the call of time, from Varanasi / India, the birthplace of yoga and meditation. Nevertheless, the correct guidance and application is important, which is not always guaranteed and thus the desired successes are often missing.

In the old path of Vedas and Yoga, meditation plays a fundamental role and is passed on in a respectful manner, according to the old Vedic tradition continued by Adi Shankara, as  “Vital  Self  Meditation”. The confirmed sources of this form of meditation can be found in the ancient Indian yoga texts of the Bhagavad  Gita, the Upanishads,  Brahmabindu Upanishad, Isha Upanishad, the  Mahabarata, the Ramayana written by Maharishi Valmiki  and the  Yogasutras of Patanjali .

This meditation technique, we are very happy to present it to you, is easy to learn and effortless in practice. It requires neither effort nor significant concentration. If you practice “Vital  Self  Meditation”  for 15-25 minutes a day, you will make spontaneous improvements.

Many scientific studies prove the effectiveness and positive aspects for the practitioner of meditation exercises. Although the origin and authentic transmission lies in ancient Vedic science and tradition, this methode is not in itself bound to a particular philosophy or religion and does not require any changes in your everyday lifestyle.

The state of pure consciousness, created in Vital Self  Meditation, is a state without thought, feeling or similar  perceptual activity, without any content:  advaita  (indivisible, “not-two”). It is a state of restful alertness, higher Selfawareness, known as transcendental consciousness, or in which Yoga Sutras will describe as Samadhi or Nirodhah. An inner state of Awareness, when mind and inner movements come to stillness.

Since this simple technique of “Vital Self Meditation” is not about concentrating on specific objects or aspects, controlling the breath or thoughts, or controlling the process in a concentrated mindfulness, it is also understood as a pointless or objectless meditation. Pure consciousness is the origin of all our thoughts and feelings. It contains in unmanifested form the energy and quality from which our thinking and feeling is made. Thus, all material planes, all subtle and coarse aspects of creation, contain this subtlest condition not manifested.

This state can be experienced through “Vital Self Meditation”. This is also the goal of all authentic, Vedic forms of meditation. Pure consciousness as the very basis and source of thoughts and feelings, it represents an infinite, unbounded reservoir of energy, harmony, happiness and intelligence, that is inherent in all of us. It is as if the individual, with his apparently finite and limited capacity, taps into his own inner source, with its unlimited cosmic capacity and returns to the inner order. It’s very easy. Start now.